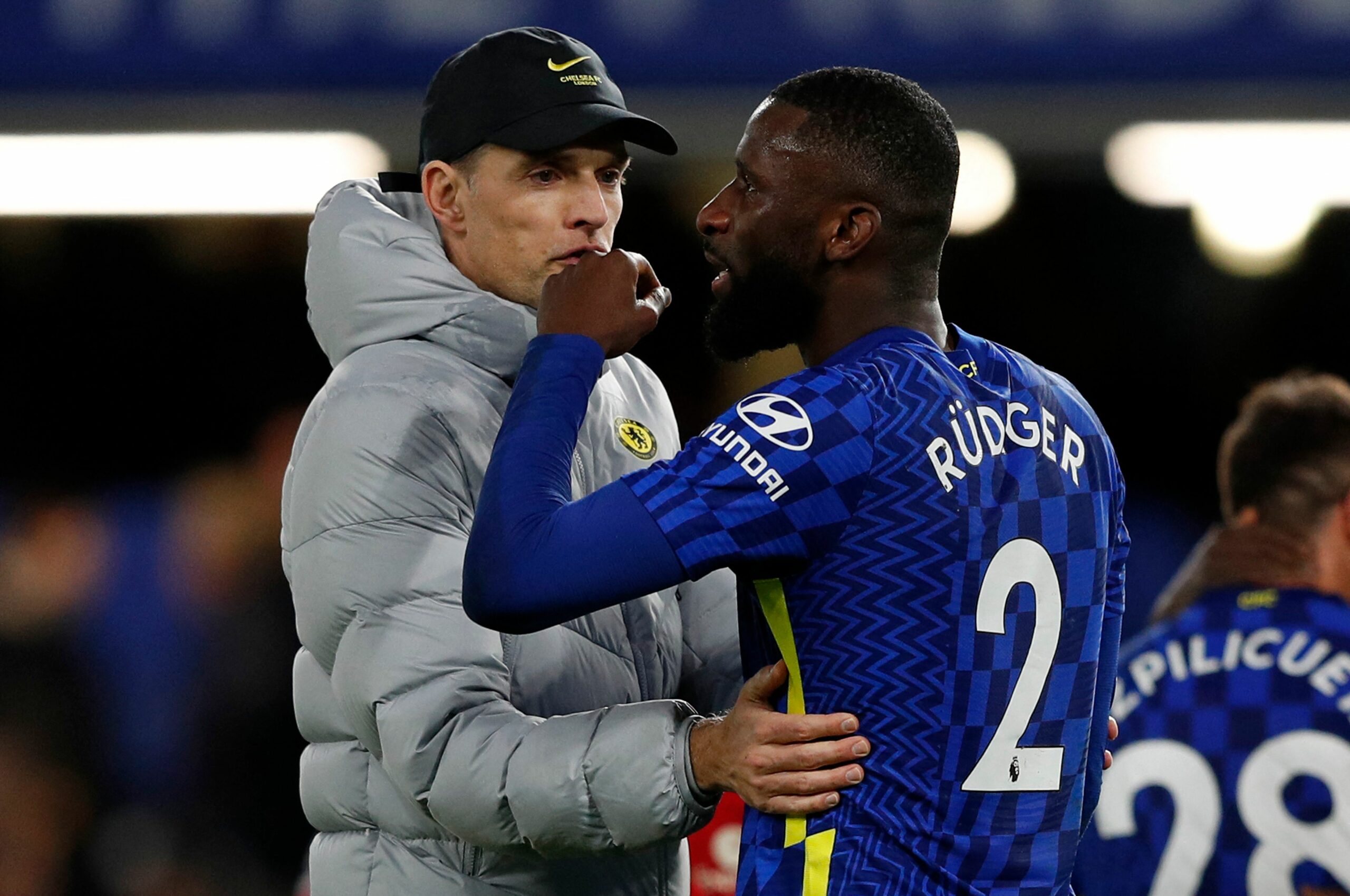 Thomas Tuchel has revealed Chelsea are doing everything in their power to keep hold of in-demand centre-back Antonio Rudiger amid Real Madrid links.

In the build-up to the Blues’ mouth-watering Carabao Cup semi-final tie against Tottenham Hotspur, the German manager explained his compatriot’s household status at Stamford Bridge.

“I cannot predict the future. I don’t know if his representatives talk to other clubs. If you know so or assume so, fair enough. It is possible now because it is January and he has not signed yet,” Tuchel said, as relayed by Sports Illustrated.

“There are no doubts that the situation is a concern for that. The point is very clear, my opinion is very clear. The club is trying the very best and their communication is going on. It has not changed a lot.”

Rudiger is well in the final year of his contract in West London, with Chelsea desperate to tie him down to a new deal as soon as possible.

Since arriving from Roma in 2017, the highly-rated defender has developed into one of the most influential first-team members at Stamford Bridge.

During his four-and-a-half-year stint at Chelsea, the 28-year-old has tallied 175 appearances, recording nine goals and seven assists from centre-back.

Rudiger has been vital to Tuchel’s three-man defensive set-up this season, starting 20 of his side’s 21 Premier League fixtures to date.

Alongside veteran Thiago Silva and up-and-coming Trevoh Calobah, the German has been one of Chelsea’s defensive mainstays this term.

It is fair to admit he deserves a fair share of the credit for Chelsea boasting the second-best defensive record in the Premier League behind pacesetters Manchester City.

Rudiger’s eye-catching performances under Tuchel’s stewardship, coupled with his contractual situation in London, have placed a host of Europe’s giants on red alert.

What’s next for Rudiger?

Bayern Munich, Real Madrid, Juventus, and Paris Saint-Germain are ready to enter a bidding war to lure Rudiger away from Chelsea, either now or at the end of the season.

As the defender is free to negotiate personal terms with foreign clubs already in January, the four European heavyweights will plead their cases to the player’s representatives in the coming weeks.

Despite mixed reports over the past few days, Los Blancos seem to be firmly in pole position to land the coveted centre-back on a free transfer.

Eder Militao has failed to live up to expectations in the wake of Sergio Ramos’ summer departure for PSG, leaving new acquisition David Alaba as the only reliable centre-back option.

Carlo Ancelotti is, therefore, keen to sign a new central defender to reinforce Madrid’s bid to contest the Champions League crown without their former talisman.

Though Los Meregnues’ calling is deemed one of the most tempting in European football, it is hard to make a case for Chelsea not to convince Rudiger to pledge his future to Stamford Bridge.

However, if they fail to get their stalwart to sign an extension, the German could be leaving the nation’s capital before the end of the winter.

The reigning European champions were powerless to stop Eden Hazard’s switch to the Santiago Bernabeu in 2019, but they made a substantial profit from his departure.

The Blues do not have a habit of losing their star players without compensation fees, and it’s hard to expect they would make an exception this time around.

So unless Rudiger commits to a new contract in the coming weeks, he could be hitting the road by the time the January transfer window closes out.

But Tuchel remains hopeful of retaining one of his most trusted allies ahead of Chelsea’s packed January fixtures schedule.