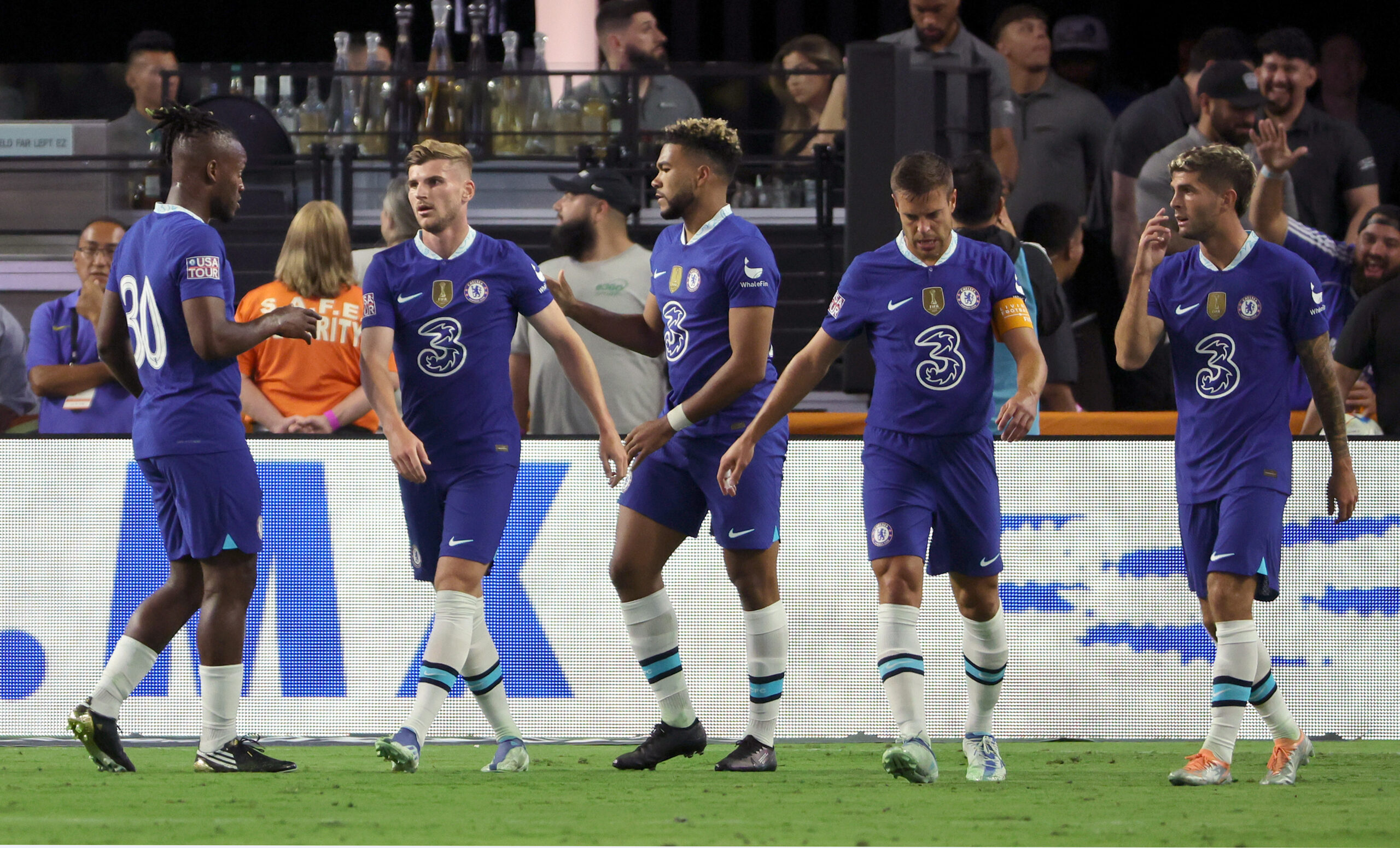 Chelsea’s pre-season United States Tour continues at the weekend as they take on arch-rivals Arsenal at the Camping World Stadium in Orlando, Florida.

An all-London pre-season game, scheduled to take place on Sunday, July 24, at 1 am BST, will present Thomas Tuchel’s side with an opportunity to redeem themselves following a disappointing Charlotte defeat.

However, a late penalty conceded by Trevoh Chalobah sent the game to penalties and spoiled Raheem Sterling’s debut as the Blues fell apart in the shoot-out.

An underwhelming result at the Bank of America Stadium cancelled out Chelsea’s 2-1 triumph over Liga MX side Club America to start their pre-season on the front foot.

The Pensioners’ redemption story begins on Sunday against a high-flying Arsenal side that have excelled this summer following last season’s Premier League top-four heartbreak.

Inspired by the arrival of Gabriel Jesus from Manchester City, Mikel Arteta’s men have won all four pre-season friendlies by an aggregate scoreline of 15-5.

Spirits in the Gunners’ camp are at an all-time high, which promises a spectacle at the Camping World Stadium that will be available to watch live online via Chelsea streaming sites.

Arsenal racked up a brace of thumping pre-season victories over Ipswich Town and Nurnberg prior to their US Tour, where they have continued to deliver the goods.

Following a comfortable 2-0 win over fellow Premier League rivals Everton in their US Tour curtain-raiser, the Gunners thrashed Orlando City 3-1 last time out.

Marquee summer signing Jesus scored against Everton and helped Arteta’s side turn around their fortunes against Orlando after coming off the bench in the second half.

In other Arsenal news, another former Man City player could make his debut for the club soon as Oleksandr Zinchenko is likely to feature in this fixture.

Fresh from a third-place Premier League finish last season, the Blues are bracing themselves for a massive squad overhaul in the summer on the back of the ownership change.

After escorting the likes of Antonio Rudiger and Andreas Christensen through the exit door, Tuchel has completed the signing of Kalidou Koulibaly from Napoli.

The towering centre-back was not in contention for the Charlotte clash, but he has teamed up with Chelsea and could register his first minutes in the blue shirt against Arsenal.

Sunday’s encounter will be poised by vengeance after the Stamford Bridge outfit suffered an embarrassing 4-2 defeat in their most recent Premier League match against the Gunners.

A morale-crushing reverse at home marked Chelsea’s fourth loss in six meetings with Arsenal, which is an added motive for Tuchel’s side to go all-out in Orlando.

What’s next for Chelsea?

The Camping World Stadium will round Chelsea’s US Tour off, with the Londoners heading back to Europe in the aftermath to play Udinese in their final pre-season friendly.

The upcoming meeting with the Serie A side on July 29 counts for Chelsea’s ultimate warm-up fixture ahead of their 2022/23 Premier League opener away to Everton on August 6.