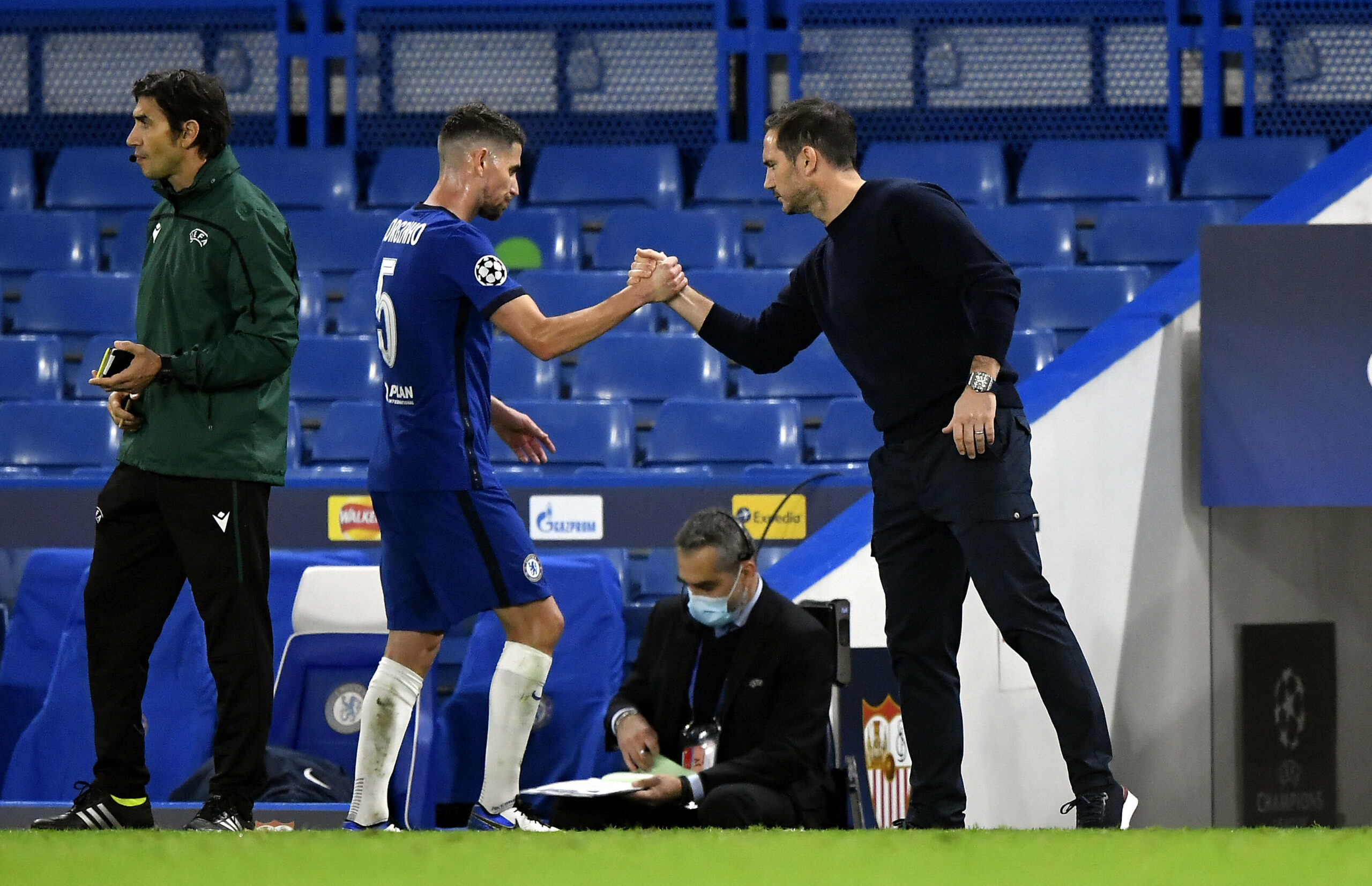 Jorginho has offered his view on Frank Lampard’s sacking after undergoing quite a renaissance at Chelsea under Thomas Tuchel.

Lampard arrived at the helm in summer 2019, replacing Maurizio Sarri, the very man who brought Jorginho to Stamford Bridge the previous summer.

After navigating his side to a top-four finish in the Premier League and the FA Cup final in his first year in charge, the Englishman earned confidence from the Blues hierarchy.

Despite Eden Hazard’s departure and Chelsea’s inability to sign new players to a FIFA transfer ban, Lampard made the most out of his debut campaign.

However, things went south for the club’s all-time record goalscorer this season.

After spending £220million on reinforcing his squad last summer, the 42-year-old failed to repay the heavy investments on the pitch.

Marquee signings Timo Werner and Kai Havertz both struggled under Lampard, as was the case with Jorginho.

The Italian metronome played a prominent role under Sarri and enjoyed a decent 2019/20 campaign but could only manage to play the full 90 minutes four times this season under the ex-Derby County boss.

The 29-year-old midfielder has got his career back on track since Tuchel’s appointment in late January and has again established himself as an indispensable starter in west London.

Speaking of Lampard’s sacking, Jorginho pinned the blame on the former midfielder’s lack of experience in the realm of management.

“Look, I will be really sincere here on Lampard. I believe, given he was a legend at the club, he skipped some steps necessary for learning before moving to a big club,” Jorginho told ESPN Brasil.

“He came to a club where he is a legend, without having experience at other clubs. I think he came too soon, skipped a few steps ahead and was not ready for a job at this level, to be honest.”

Since arriving at the club in January, Tuchel has guided Chelsea to the Champions League semi-finals, the FA Cup final and back into the Premier League top-four.

The German is looking to become the first Blues manager to avoid defeat in his first ten away competitive matches in charge as they prepare to lock horns with West Ham United on Saturday.

The two sides will trade tackles at the London Stadium in an all-London Premier League top-four six-pointer, with nothing to separate them ahead of the kick-off.