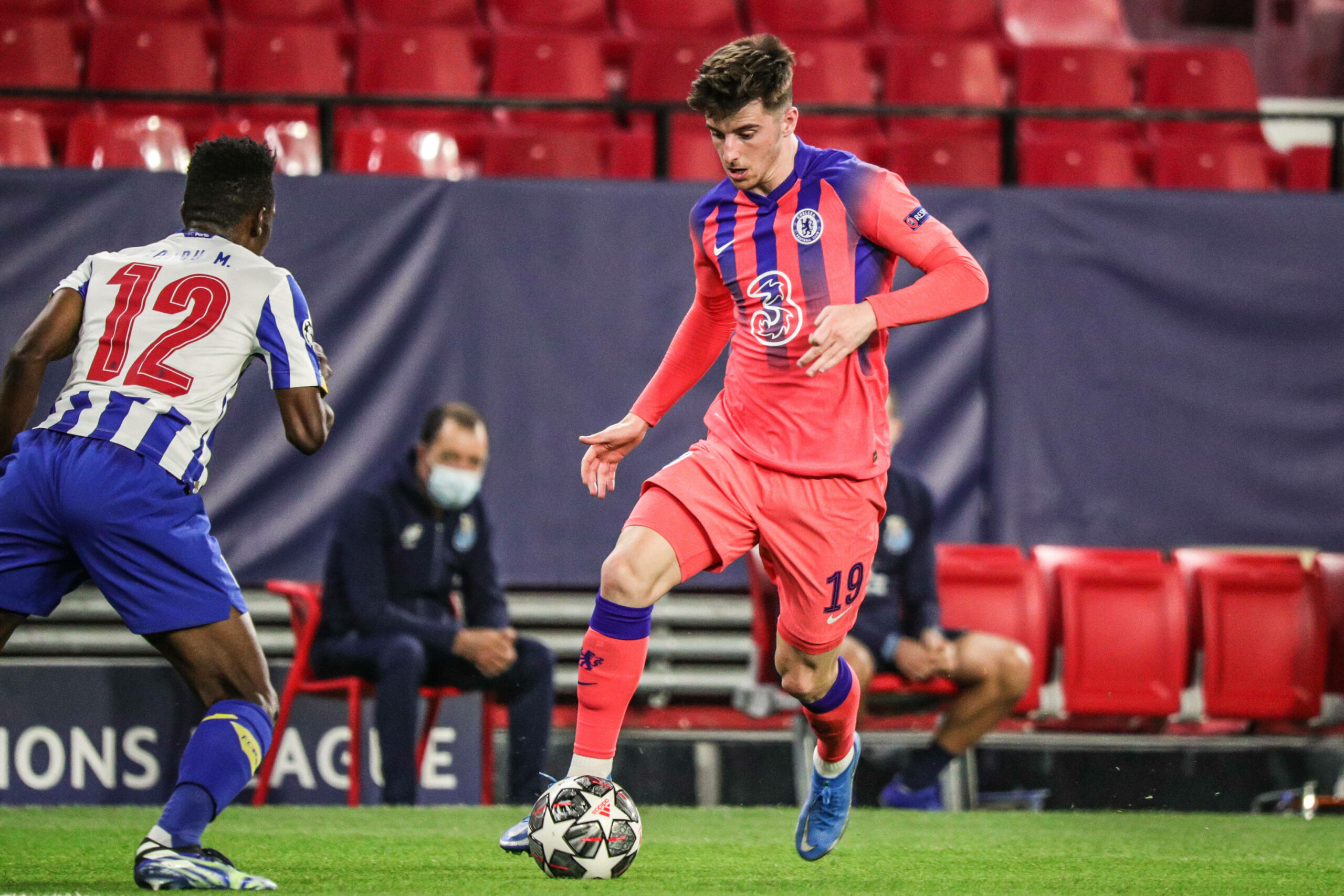 Mason Mount has heaped praise on Chelsea’s display against Porto in the first leg of their Champions League quarter-final tie but warned his teammates they are only halfway through their last-eight journey.

Chelsea bounced back from a disturbing 5-2 home defeat to West Bromwich Albion last weekend to secure a comfortable 2-0 victory at the Estadio do Dragao on Wednesday.

It was never meant to be an easy match for the Premier League giants, especially given Porto’s performances in the Champions League this season.

However, Thomas Tuchel mustered up some sparkling showing to claim a clear-cut lead heading into the return leg at Stamford Bridge.

Mount broke the deadlock midway through the first half, placing the ball in the bottom right corner following a delightful turn.

Despite being an omnipresent figure in the middle of the park under Frank Lampard and Tuchel, the 22-year-old scored only his first Champions League goal last night.

Ben Chilwell took advantage of Jesus Corona’s blunder to go round the Porto keeper and kill the game off in the 85th minute.

Although a two-goal lead puts Chelsea in firm control of this tie, Mount urges his teammates to maintain their focus.

The England international believes there is no room for complacency in London as it may see his side’s efforts in Portugal go in vain.

“A very important game for us and me personally, to get my first goal in the Champions League,” Mount told Virgin Media Sport, as quoted by the Metro.

“It was probably a long time coming, I have been waiting for the moment and I am delighted it has come tonight in a big win.

“To keep a clean sheet as well going into the second leg – it is a big performance from all of us.

“The tie is not over. We do not look at it like we have won – it is only half-time.

“We have got to come back here and fight again in another game, so that is the most important thing, to go into the second game with the same mentality that we started with tonight.

“We want to win and we are going to give it our everything again.”