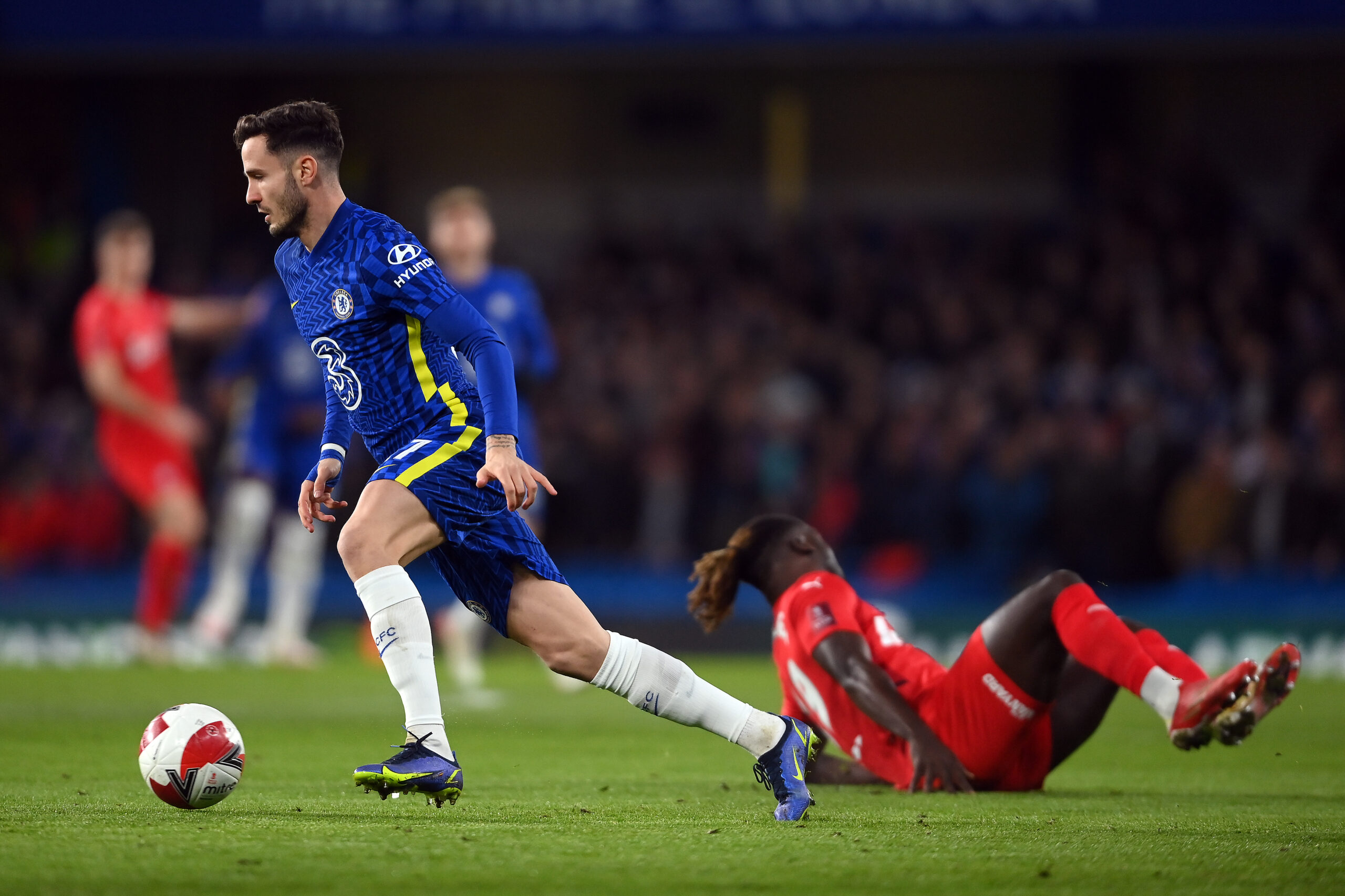 Atletico Madrid loanee Saul Niguez remains an unknown entity at Stamford Bridge as manager Thomas Tuchel backs the Spaniard to be a success in London.

The 27-year-old midfielder experienced an underwhelming start to his Premier League career since arriving from La Liga as a deadline-day signing.

He has made just two Premier League starts this season, having found himself behind Mateo Kovacic, Jorginho and N’Golo Kante in the pecking order.

A lack of game time under Tuchel led to speculations about the Spaniard’s abrupt return to his homeland, but his recent improvement has thrown him a lifeline in West London.

During an interview with the club’s website, the German manager admitted he noticed Saul’s progress and backed him to become ‘an important player for us.’

“I think he will be an important player for us and I hope so as well,” Tuchel said.

“The game against Tottenham was a huge step forward for Saul and he showed what he can do with his abilities.

“Against Chesterfield, he was part of a strong squad. Okay, it was against a fifth division side so there was no need for us to be overrun in midfield, but he still did well with his performance.

“I see more confidence in him with each game, he is in good shape and his adaptation to the way we play has gone further from before.

“You can see this in his game now. He is more open, he understands the language better now and these are all important things to consider when talking about Saul and how much he has improved recently.

“He is having much more impact on games than he was doing at the beginning of the season.”

Saul was long one of Diego Simeone’s most trusted allies and arguably one of the most consistent performers in La Liga, earning the status as a regular Spain international.

However, something went wrong for the versatile midfielder down the final stretch of his long-term spell at the Wanda Metropolitano.

Despite enjoying plenty of game time last season, the left-footed star ended up joining Chelsea on a season-long loan in the summer as part of his effort to revive his career.

Overcoming a stiff competition for the midfield places at Stamford Bridge won’t be a simple task by any stretch of the imagination, but Saul could still have an influential role in London.

Marcos Alonso has filled in for the Englishman, but there is a feeling Chelsea are in the market for a new left-sided defender to replace the ex-Leicester City star.

Wantaway Everton star Lucas Digne was on the Blues’ radar, but the Frenchman has somehow drifted away from London, with Aston Villa now in the driving seat to secure his signature.

Chelsea are also keen on landing AC Milan star Theo Hernandez, but the former Real Madrid defender is close to renewing his contract at the San Siro.

If the Londoners’ mission to sign Chilwell’s replacement in January comes a cropper, Saul could return to the starting line-up as a makeshift left-back.

The Spaniard is no stranger to covering that role, having spent his final two seasons in the Spanish capital deputising for Renan Lodi.

Given Chelsea’s congested January fixtures schedule, Saul could be handed plenty of first-team action to convince Tuchel to retain him beyond the summer.