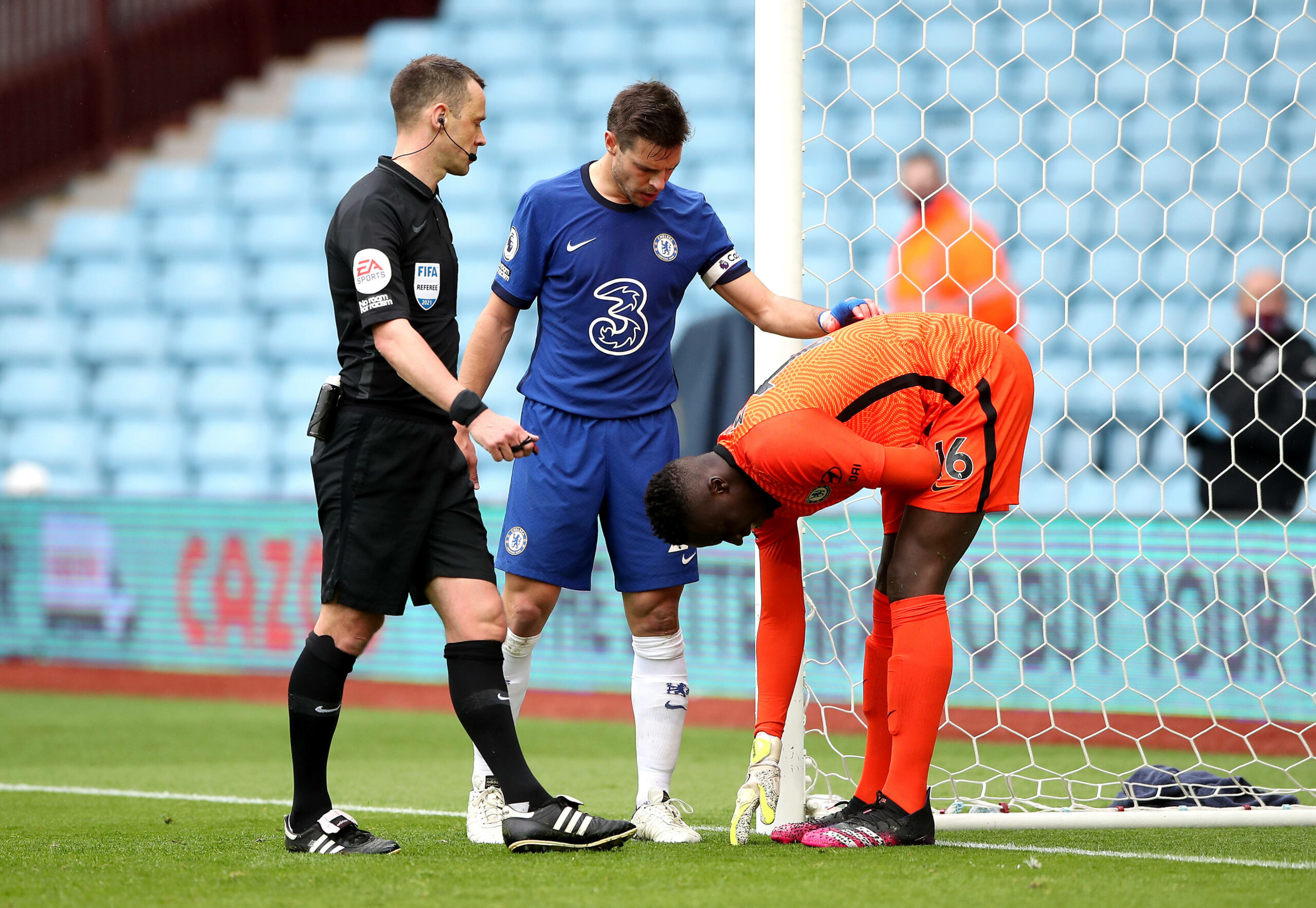 Chelsea played their final Premier League game of the season yesterday ending with a 2-1 defeat to Aston Villa. When Bertrand Traoré scored Aston Villa’s first goal, Edouard Mendy injured his rib in an attempt to make the save.

With the Champions League final less than a week away, there is some concern as to whether Mendy will be fit to start or not. Earlier today, Thomas Tuchel provided an update on Mendy’s injury during a press conference.

Tuchel said, “We still have hope that he joins training in Wednesday. There has been huge improvement in the management of pain.” Tuchel also added, “The images (scan) show it’s not serious.”

This should provide some optimism to Blues fans as they all know how crucial Mendy has been to this squad. Many would consider him to be a large reason why Chelsea are in this position.