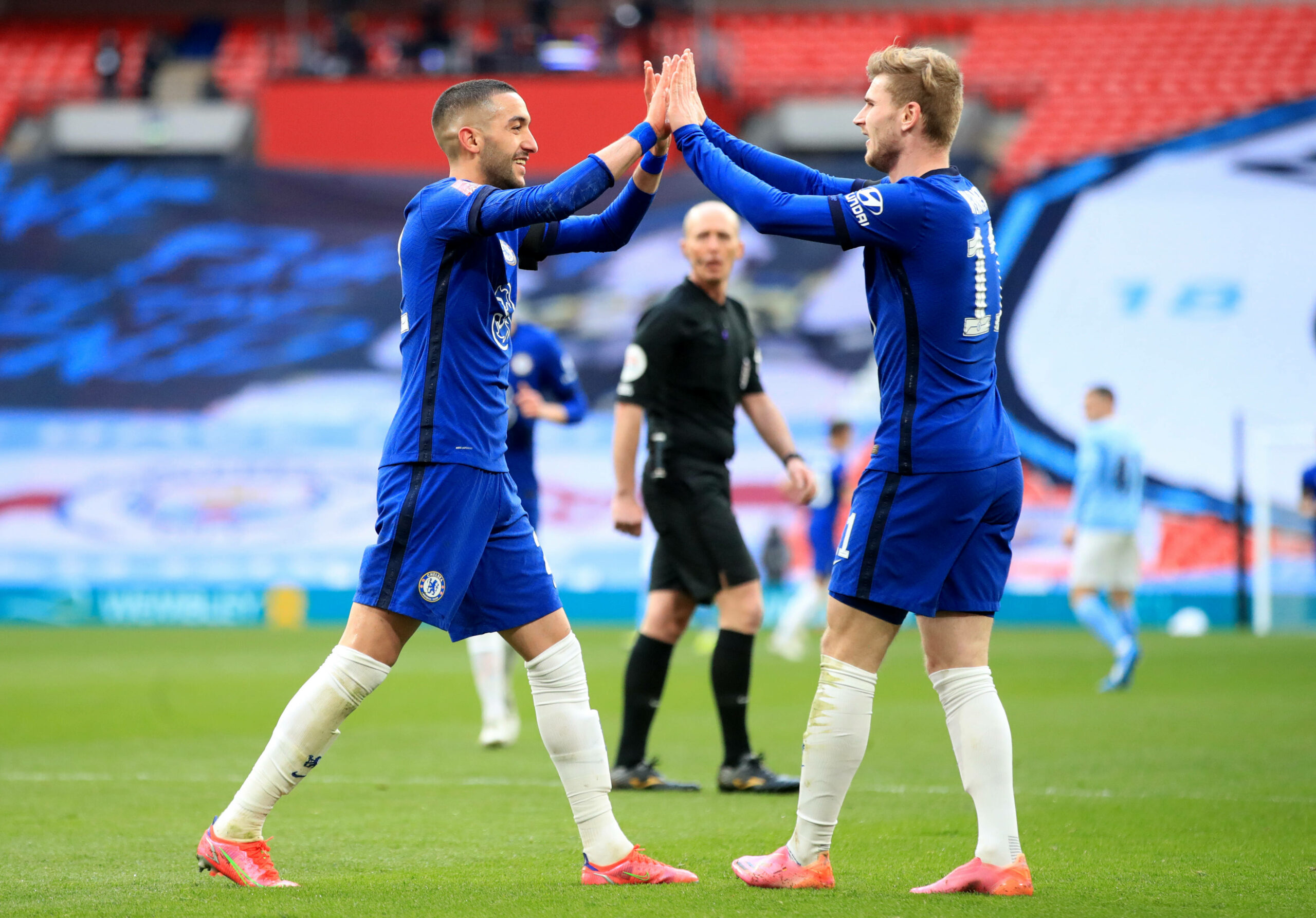 Thomas Tuchel has heaped praise on Chelsea’s performance against Manchester City as the Blues reached the FA Cup final for the fourth time in five years.

After a goalless first half, Timo Werner and Hakim Ziyech architected a spot-on counter-attack to secure a 1-0 win for the London giants at Wembley.

Delighted to see his star forwards enjoying themselves, Tuchel was full of praise for his players in the post-match interview.

“It was a very, very strong performance. Very happy and very proud,” the German told BBC Sport, as quoted by the Daily Express.

“We played an excellent 35 minutes in the first half. Then we had to suffer 10 minutes of some easy ball losses and, of course, the quality of City.

“Then we played another half an hour so, so strong. Deserved the lead, deserved to win, and could even be one goal higher.

“The last 15 minutes we suffered a lot because they played with a lot of risks, many offensive players, and we were becoming a bit tired.

“But it was a very, very strong performance and very happy for my team, very proud they performed at this level today.”

The Blues have been patient with Werner and Ziyech this season, and their patience paid off massively on Saturday.

Last summer’s marquee signings executed a deadly counter-attack in the 55th minute, with the German forward setting up his teammate for the easiest of tap-ins.

After scoring against Sheffield United in the FA Cup quarter-finals, Ziyech was back on the scoresheet to destroy Pep Guardiola’s hopes of winning the quadruple this season.

The 28-year-old was also decisive in Chelsea’s Champions League quarter-final success against Atletico Madrid as he starts to build confidence under the new manager.

Despite failing to score, Werner did the heavy lifting that led to the goal, which has not gone unnoticed by the manager.

Tuchel hailed the duo in the aftermath of Chelsea’s impressive showing at Wembley.

“It was important [how Werner and Ziyech played],” he added.

“You can only win against City if you have everyone on the top level and the two guys were very good up front.

“The speed and the acceleration, and the impact that Mason [Mount] had with the pass.

“Timo and Hakim were in the same line-up against Liverpool where they were also very, very strong in an away game, in a 1-0 victory.

“So I’m happy because on the other side it has to be absolutely like this.

“Everyone who is on the pitch needs to perform now, now is the point of the season where we can’t drop 1 per cent and that’s what we wanted.”