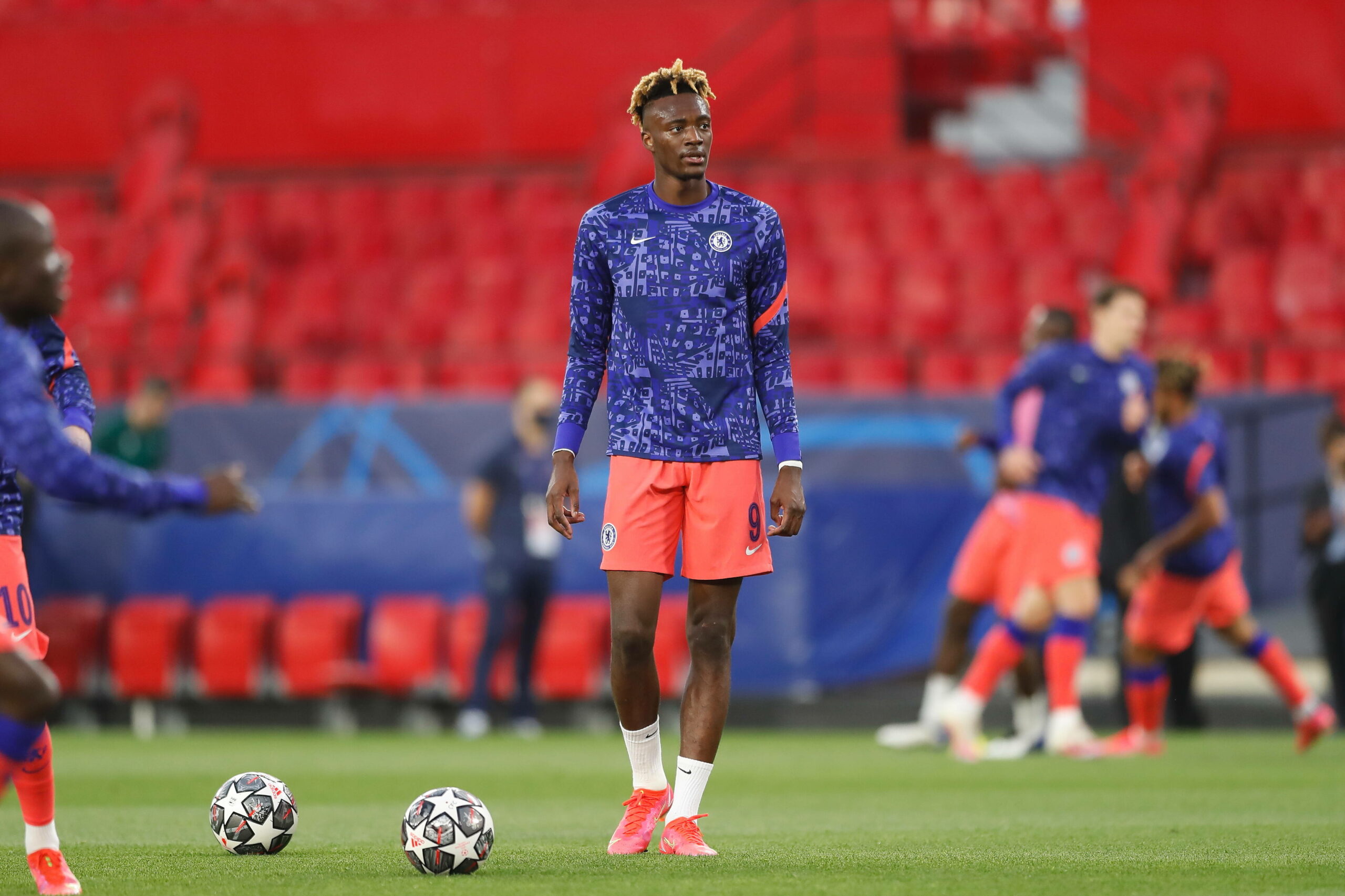 Thomas Tuchel has reflected on Tammy Abraham’s frustration with becoming a bit-part player at Chelsea.

Abraham was an indispensable first-team star under Frank Lampard but has seen his influence dwindle since Tuchel took charge back in January.

The 23-year-old striker has made just two Premier League starts under the German manager and was replaced at half-time on each occasion.

The out-of-favour marksman has not featured for the Blues since their 1-1 draw with Southampton at St. Mary’s Stadium in mid-February.

Still waiting for his first 90 minutes under Tuchel, the English starlet has grown frustrated with a lack of regular action and considers leaving Stamford Bridge for pastures green.

Abraham’s latest omission from Chelsea’s squad was last weekend as the striker was left out for the Londoners’ FA Cup semi-final clash against Manchester City.

Although Tuchel maintains he understands the Englishman’s frustration and concern, he insists his decision to leave him on the sidelines is ‘never personal.’

“Everybody is concerned when they’re not in the squad, but it’s never an easy decision for me to take,” the former Paris Saint-Germain boss said, as quoted by the Daily Mail.

“I have a lot of sympathy for him, and I can understand that he is worried and sad and maybe angry with me when I make these decisions.

“Sometimes we spend almost an hour talking after the last training which decisions to take and which players we have to leave at home because it’s thin margins which decide.

“Tammy has had this decision now a few times against him, which is never personal, but this is life at Chelsea sometimes as a player.

“I hope that he does not get lost in too many thoughts because he knows not to be too concerned about his situation.

“Everything he can do is stay focused and stay with belief because the situation for a striker can change in minutes.”

He scored 18 times in all competitions to help his side secure a top-four finish in the Premier League and complete the season as the team’s most prolific player.

Despite his recent woes, Abraham remains the club’s highest scorer this term, having bagged 12 goals under the previous manager.